Charles Wonderlich, Sr. was born in 1796 in the province of Saxony, Germany. At the age of sixteen and living in the province of Sax Altenberg, Charles was conscripted into Napoleon Bonaparte’s French army. He was one of 200,000 soldiers who marched to Moscow in 1811. Only 25,000 soldiers survived the bitter cold, snow, and starvation during Napoleon’s retreat from Moscow. Charles Wonderlich, Sr. was one of these soldiers. A tale handed down in the family tells of Napoleon walking among his soldiers, pausing to put a hand on Wonderlich’s shoulder and remarking, “You surely are a good soldier.”

Charles Wonderlich, Sr. was a shoe/bootmaker by trade. He married Sophie Kutschenreuter from the province of Sax Weimar, Germany. Charles saved money to buy his family’s passage to America in hopes his sons would not be forced into military service.  Charles, Sr., Sophia, Charles, Jr., and Frederick Augustus Wonderlich traveled from Schmӧllen, Germany to America in 1835. Three other children died before the family came to America. Bremen, Germany in the northern part of the country served as the family’s port of departure. Following a seven-week voyage across the Atlantic Ocean on a German sailing vessel, they arrived at the Port of Baltimore in September. The family traveled by wagon to Adams County, Pennsylvania, and then to Richland County, Ohio. Along the journey, Charles, Jr. was left in the care of another family due to his failing health, with a promise by his father to return for him. Charles, Sr., Sophia, and Frederick Augustus continued westward.

It is believed the Charles Wonderlich, Sr. family all became naturalized citizens of the United States of America in 1840. The strong roots of this German man run deep. His dreams were surely realized and live on in today’s descendants, many of whom continue to live in the same area as Charles Wonderlich, Sr. lived when he came to Iowa (Keokuk County) in 1846. 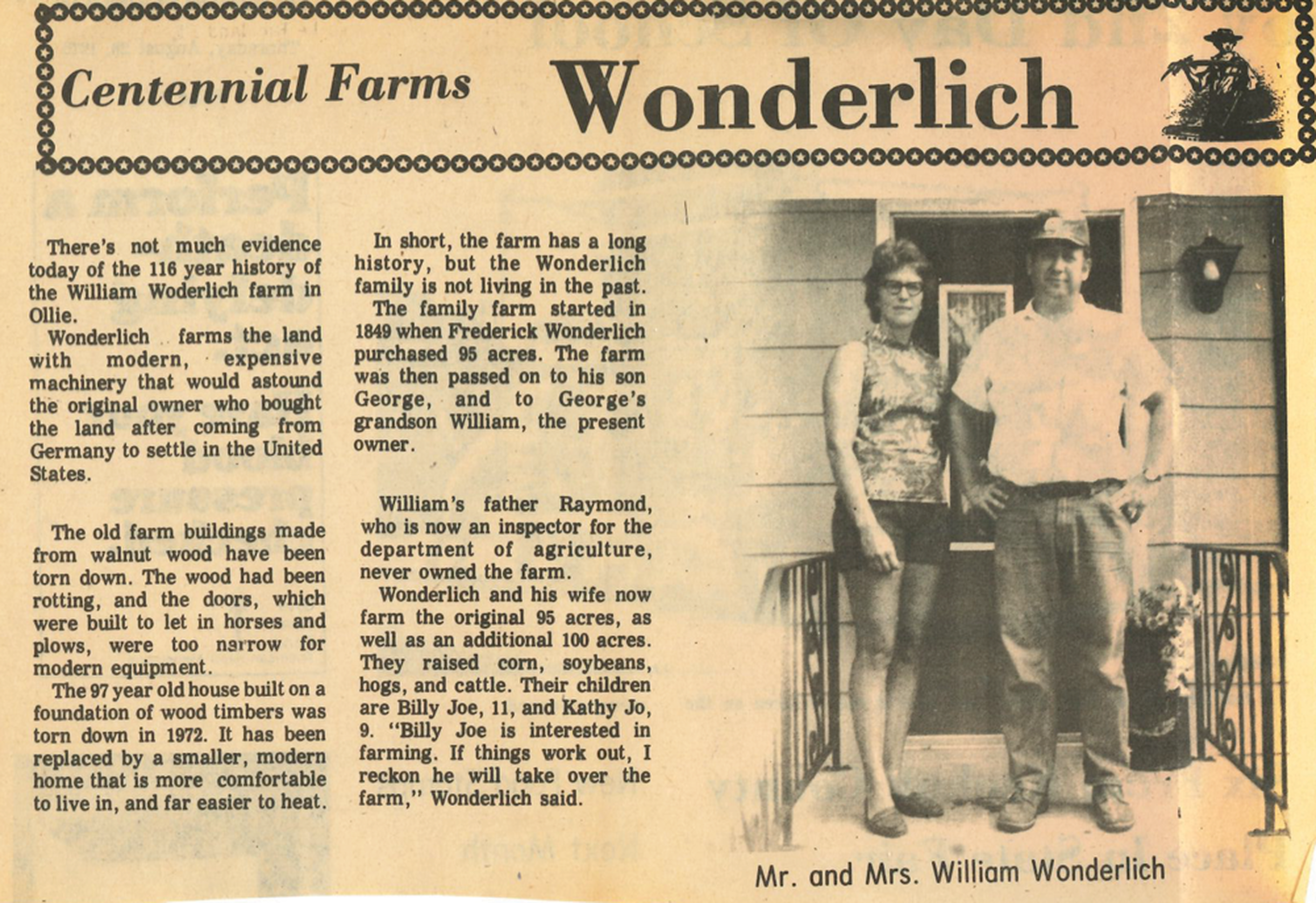